The time has now been and gone for submitting an entry for the first milestone, and the chance to win either $30,000 or $20,000 for the top two places.
The images below are the state of play (on the 30% visible data!) just after the first milestone ( I didn't capture this image in time so some teams have made an extra submission since).
There was a bit of movement in the last 2 days.
Interestingly, positions 2,3 & 4 are now taken by members of The Ensemble from Netflix fame. Position 1 contains Dave, who was in an original team called Ensemble Team, and also entered Netflix as a member of Ensemble Experts , and I (also a member of Market Makers) ran a competition on Ensembling the Netflix Data and have looked at ensembling other competitions.
There seems to be a pattern here!

Note you can click on the images to enlarge them. 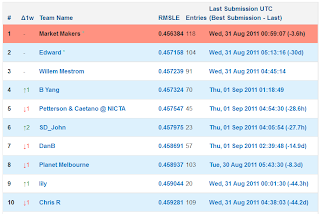 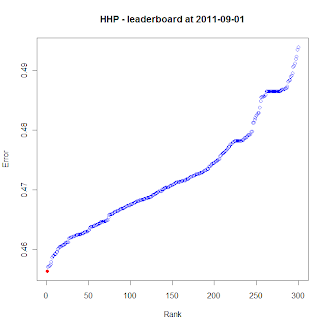 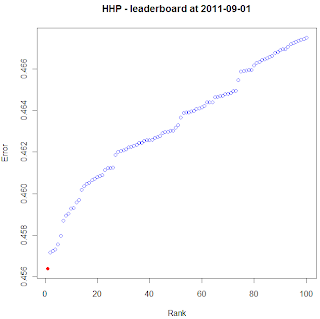 The plot below shows the Lowess line fit of the error as a function of the number of entries submitted. 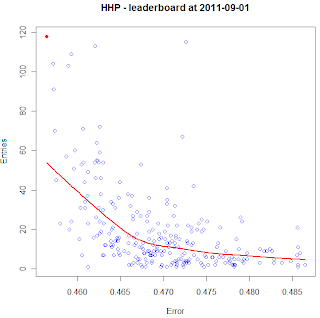